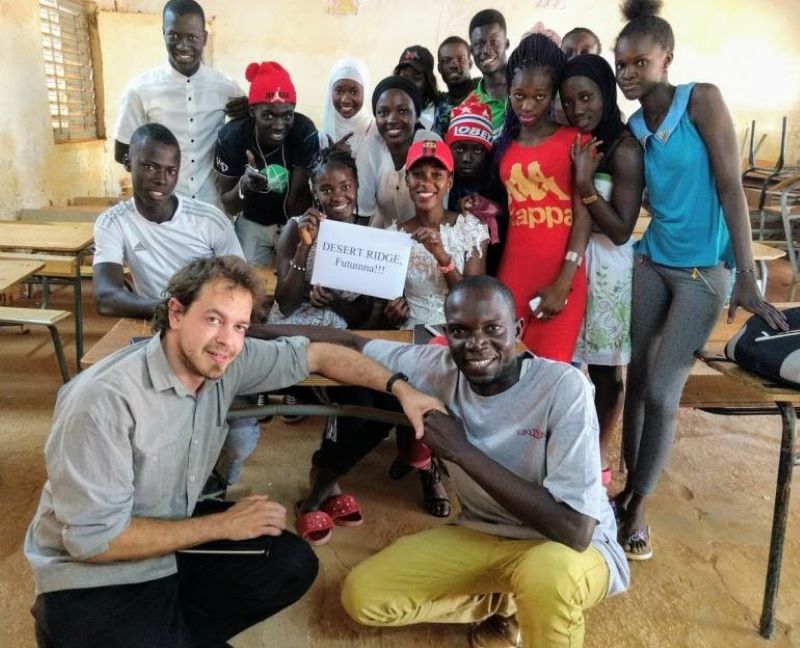 We must move from teaching nationalism to teaching globalism in our classrooms. If we do not make this move, we are not only doing our students a disservice, but are moving dangerously backwards to a time when conflict and cold war was imminent.

When it comes to investigating the world, students must learn to ask questions about the world intuitively, using strategies like close reading to analyze and question text and other media. These skills are becoming increasingly important as we are seeing an increase of globalization in business, politics, and education. If students are not taught to use these skills, than we, as part of the educational system, are failing to adequately prepare them for a world where they will be working in globalized jobs that do not even exist yet. Similarly, if students do not learn to intuitively question what they are learning in classrooms, online, and in all other forms of media, we are setting them up to be deceived by the false claims and biases inherent to today’s global political climate, putting the nation and the world at risk.

It is also necessary to teach students the skills to understand and analyze perspectives. These skills put our students at an advantage – not only for the jobs they may have in the future, but as citizens who can create the conditions for peace as citizen diplomats.

For the local community in Albuquerque, New Mexico, the ideas of Global Education are especially important as we continue to attract globally diverse people and jobs. With the border of Mexico just three hours south, the national laboratories on the south-end of town, the air force base, and the budding film industry here, having our students know and understand the world and its diversity is more important to our economic security than ever.

“ We have also the means to cause each other and the earth more harm than never before in our history. We can significantly improve the world, or we can destroy it. What choice we make rests on whether or not we educate the young to take themselves seriously as stewards of inclusive and sustainable development on this planet we share, on whether we empower them as global citizens.” -Wrapping our Minds Around the World

Teaching in Senegal – Teachers for Global Classrooms Blog 1: In Senegal, Time is a Suggestion

When we landed at the new Blaise Diagne International Airport, located about 30 miles east of Dakar, we were met with a landscape of ruby-rust colored sand and a comfortable cool breeze. The land was flat and mostly bare with the exception of a few scattered baobab trees that stood as giants on the barren landscape. It was just after 2pm. Our spirits were high, but our clothes and bodies wore the exhaustion of the twenty-six and a half hours of traveling. Once out of the plane, we were met with the gentle, helpful, tall, and thin, and proud people of Senegal. Their movements were slow and graceful, their faces were kind, and their demeanor patient – so patient that we found ourselves waiting in the airport lobby for the next three and a half hours. We were waiting for transportation to our accommodations in Dakar, the King Fahd Palace Hotel, located on a hook-shaped peninsula surrounded by the Atlantic Ocean on the westernmost tip of the African continent. To be fair, it was not entirely the drivers fault that we had to wait at the airport for so long, although we had been warned that, in Senegal, time is a suggestion more than a rule. As Americans, we naturally needed cell phone SIM cards with enough data that we could post our every thought to Facebook and find whatever creatures may be hiding on “Pokemon Go”. As teachers, we needed to negotiate with the ATM for fistfuls of spending money to purchase gifts for our students and classrooms back home. When the bus found its way to us, the kind and patient Senegalese driver and his friends that worked at the airport spent several minutes trying to figure out how to fit all of our American-sized luggage onto a bus made to hold not many more people than we had in total, which was 14. After pushing the majority of our luggage through a window near the back of the bus, it was decided that we had too much for the bus to transport us and all of our things to the hotel. After unloading most of it through the same window, a full-sized Nissan Titan pickup pulled up, of which our luggage took up the entire truck bed. Even after that, there was still not enough room on the bus, so four of us had to cram into the truck with our carry-on bags in our laps, myself included. Here, we discovered that time was not the only suggestion, nor was patience a constant virtue of the Senegalese.

There are many suggestions in Senegal. Traffic lights, travel lanes, speed limits, and even the direction of the traffic are among them. Scooters and motorcycles travel in directions perpendicular to the flow of the overcrowded buses in Dakar, and ATVs drive over the medians, bushwhacking their own paths through impromptu shoe “markets” that have popped up on the sides of the roads. The gentle and slow-paced nature of the people was left on the curb as we zoomed around traffic circles, passed crowded street markets, and traveled through neighborhoods of brick mansions and shantytowns, nearly crashing into dozens of vehicles, often driving up onto the suggested sidewalk to rush past a honking taxi on a number of occasions. It seemed inevitable that we would soon wreck the truck, but our driver handled the drive confidently and brilliantly. Brightly painted multi-colored buses filled with locals standing inside or hanging out of open back doors came within centimeters of the truck as we sped along. Old beat up red and yellow taxis headed straight for our us, turning slightly at the last possible moment to avoid a collision. We zigzagged up and down the city streets much as a shopping cart might zoom around a grocery store when driven by an impulsive shopper crazed with starvation. It turns out that this mostly indirect and chaotic venture was made in an effort to “avoid the traffic”, despite it seeming more like our intent was to nearly collide with every form and shape of vehicle known to West Africa. By the time we reached our hotel, it was nearly eight pm, six hours after we landed.

The King Fahd Palace Hotel was lavishly large, complete with a full-sized baobab tree growing right in the center of the mall-like lobby. The size and decor seemed more like a hotel that belonged on the Las Vegas Strip at a simpler time in history, with the exception that it sat directly on the beach. My “business casual” outfit seemed suddenly understated as we were surrounded by many people in full suits. Once we arrived to our rooms, each of us were met with a slightly different fragrance. Some were overwhelmed with mothballs, others with cigarette smoke. My room had the faint smell of urine enveloped by the general dampness that comes with a humid seaside climate. It was hot, and the AC did not work. I propped open the small refrigerator to help cool the nicely outfitted room before heading to dinner.

Dinner, located in a separate building overlooking the hotels two massive pools and its share of the beach, was simpler, but nevertheless beautifully outfitted. It was a buffet of a mixture of typical western food such as french fries and spaghetti and some culinary curiosities that we assumed to be Senegalese. Most of these consisted of a healthy portion of rice or couscous, cooked with vegetables and some sort of fish or meat. Each dish was more delicious than the previous. Finally, after finishing dinner with some local juices and teas, offered for free by the most friendly, playful, patient, and helpful hosts and servers on all the world, it was time for bed.

This was our first day in Senegal.

From Randy’s contribution to the US Department of State and Teachers for Global Classrooms program. This and other excellent articles are also accessible at Randy’s own site, here.