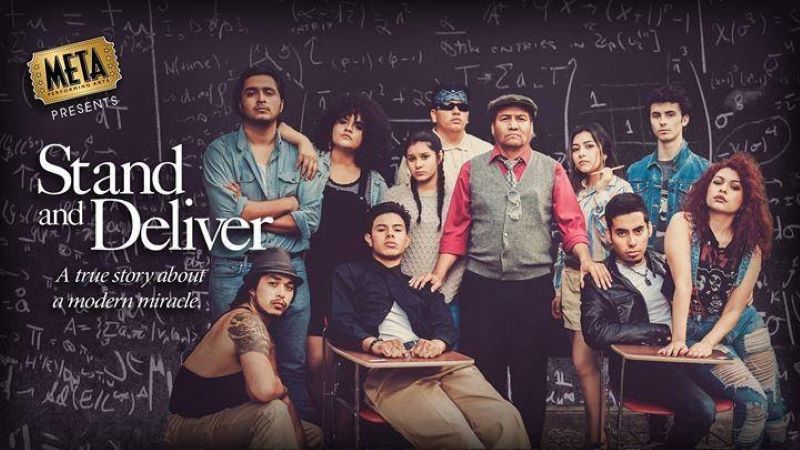 You can never go home again.

You can never have a first day of teaching again.

It’s a day anticipated with endless optimism.  Through the years of college preparation, every education student has a picture in his/her mind of what his/her classroom will look like.  The students will be fresh faced, eager, awake, and engaged in the lesson.  Or, if they are “rough” kids, they’ll be resistant, but quickly won over by the skillful work of the teacher.  The room will be bright and cheerful, even if it is a slum school…the teacher will have every desk scrubbed and the room as tidy as possible.  Everyone will think this new teacher is the coolest teacher they’ve ever had, and the results of the teaching will be like the ending of Stand and Deliver—they will all score perfectly on the AP exam, defying the expectations of the world.

Let’s be real.  There’s nowhere to go from that impression but down, and I think every new teacher’s first day ends up being a let-down.  The grand desire to be the uber-teacher, to show them all that you’ve known how to do this right from the beginning disappears as soon as the real live students walk through the door.  And let’s face it, “the best laid plans of mice and men often go awry.”

My own first day was one fraught with disappointments.

First, I was hired literally two days before my first students walked in the door.  I had hoped to spend my summer prior to my first day planning curriculum and management with careful and thoughtful diligence.   Instead, the summer wore away, and my stress levels began to rise as I was overlooked again and again for a placement.  I knew I would be teaching high school…or wait…maybe middle school?  I knew I would be teaching English…or wait…would it be Communication Skills?  Yearbook? Newspaper? Speech?  And what did I know about those? I had never built a yearbook or newspaper, never written an article, never given a formal speech beyond my own college speech class or debated anyone in any circumstance.  While my intern classmates had actually seen the inside of their classrooms and had copies of their class textbooks to work with, I had to “imagine” what mine would be.  As we completed assignments in preparation for our year, like “how do you want to arrange your classroom and why?”, I was left to imagine a generic classroom in a generic school with generic students assigned to a generic class.  I felt completely behind in my ability to plan and prepare.

Second, I didn’t even have a single classroom to myself.  When I was hired, I was told that I would be a “floating” teacher.  Despite my first imaginings about teaching from a hot air balloon, the reality was much more earth-bound and disappointing.  “My” classroom wouldn’t be mine after all—it would be shared with another staff member.  This meant that the classroom arrangement wouldn’t be left up to me after all.  This meant that I could scrub the desks as clean as I wanted—I couldn’t control the scrawls that might be left on them during the remaining 4 periods of the day that I wasn’t in the room.  This meant I would have to negotiate with another person whose teaching philosophy was completely different from my own about the arrangement of desks.  (I was all for groups; others were all for rows.)  This meant that posting of student work would have to be limited to a section of the classroom, while the other walls may go undecorated completely.  Above all, it meant my classroom wasn’t really “mine”, which meant that my own teaching style would be curtailed by the style of others.

Third, because I was a late hire, my name wasn’t even on students’ schedules.  I was just listed as “Admin”, meaning someone…anyone…would be in that room.  It would take years to establish my name as a teacher on the campus beyond the “admin” name that just made me a worker clocking time.

Nevertheless, I persisted, and I prepared endlessly for that first day in the days I was given, optimistic that I could pull this off.

I had spent the summer pouring over the book The First Days of School by Harry Wong, a Bible for new teachers, and I had absorbed every bit.  The first day was the most important.  It established the expectations and foundations of how the class would run and how the relationship between student and teacher would unfold.  I would dress professionally.  I would meet them at the door with a smile.  I would have a method for seating so as to establish order up front.  I would have the class planned from bell to bell so as to convey that there would be no wasting time in this room.  I would learn the names of my students quickly.  I would establish rules, consequences, procedures, and norms within the first days.  And, after a couple days of working like crazy, I was ready…

I got to school extra early the first day to ensure my handouts were in order and my method for seating kids right away was ready.  I had devised a method using playing cards: each desk had a playing card designated on it (Queen of Hearts, Ace of Spades, and so on).  As students entered the room, I would meet them at the door with a smile, welcome them, hand them their cards and have them find their desk in the room.  Then, we would fill in a paper with which student was sitting in which seat.  On each desk was a student information form that students were to fill out immediately with contact, schedule, and personal information. It seemed effective and businesslike, and I felt it would establish order from the beginning.

The bell rang, and I stood with my feet firmly on the floor holding the door open to the hall.  The students flooded the hallway, and the din around me was full of eagerness and happy voices.  There is an energy that fills a school during the first days that comes from students who are excited to see each other after a long summer apart and who are full of the anticipation of all the possibilities of the upcoming year.

And as students moved into my classroom, all seemed to be going without a hitch.  I smiled broadly and welcomed them into the class as I introduced myself.  Many were holding their schedules up in confusion, “who is this admin miss?”  I replied that it was me, and that it was there as a placeholder until the school knew who would be teaching the class.  I diligently handed out the playing cards and told the students to find their seats.

And then it began.

The trickle of students became a flood that backed up into the hall as I desperately tried to greet each student.  I ran out of playing cards.  And in my head, I was telling myself to keep calm—this would all work out—while in my stomach, a sick feeling grew as I realized that if I were out of cards, I was also out of desks in the classroom, and the students kept coming.  The room was not a large one—it had a low ceiling with bright red carpet, and barely fit the 30 desks.  When the final bell rang to signal the beginning of 1st period, I had students standing everywhere.  It was shoulder to shoulder.  And I’m sure I looked like a deer in the headlights of an oncoming car.

The kids who had arrived early were indeed sitting in the desks and filling out their forms, but the rest?  They mulled about the room showing each other their schedules, looking as decidedly confused as I felt.  Some turned to me and started holding out their schedule pages, which indeed listed room D-5.  All of them…D-5 Admin.  These were my students, but something HAD to be horribly wrong.

The minutes ticked by as I desperately handed out information forms to the standing students to begin filling out.  I was stalling, I admit it.  My lesson for the first day hinged on everyone at least having a desk.  I had anticipated 30 students and had intended for a quick activity to build class norms together.  There would be no room for students to work in small groups now, and the minutes of the class period were rapidly disappearing with my well-planned lesson.

About 15 minutes from the end of the period, a secretary popped her head into the room through the cracked door.  “Oh, THERE they all are!” She exclaimed.  I looked at her desperately, and asked what she meant.  “Oh, half of these kids are supposed to be in B-9!  The teacher there came looking for her class after the bell rang, and nobody was there.  We looked it up and the schedules were misprinted—all with this room number!”

I sighed with relief as she made an announcement to the room about those students who were supposed to come with her to meet their real teacher.  And then I looked at the clock.  As the students exited and made their way to B-hall, my room returned to what I had originally pictured, a room of thirty students, all seated at desks, staring expectantly at me. With all of 10 minutes left in the class period, my lesson was shot.  I took a deep breath and tried to look confident as I introduced myself and the class and welcomed them back to school.

I realized I had to get the cards together and put out the papers on the desks before the next group of humans walked in the door, which they were…right…now…

The day didn’t unfold any better as I floated into my other classroom.  Well, at least I didn’t endure another class with 60 kids in the room after a sign was posted on the door to my classrooms to redirect students to their appropriate class.  But the sheer pace of the day was what I was unprepared for.  I was prepared to “rock” one class (Jaime Escalante was only shown in the movie as teaching one AP class, after all); I forgot that the next four classes were only separated by a short 7 minute passing period.

Relieved, I made my way back to my office (a little room at the back of one of my classrooms).  I was exhausted from the day, physically and mentally.  A teacher across the hall from my room emerged.  She knew me prior as her husband was a work colleague of my father.  She saw me, shoulders drooped, making my way back to my room, and asked how my day had gone.  I gave her a wan smile, and said it hadn’t quite gone as I had planned.  She smiled and wittily replied, “Why, Christine!  You?  A perfectionist?  I can’t imagine where you would have gotten that!”  I laughed weakly.

In my office, I sat heavily in my chair.  I realized that I had spent so much time planning for that first day to be perfect that I had given little attention to what needed to be done and prepared for Day 2.  Yes, they were all coming again…tomorrow (and the day after…and the day after).  I had stacks of forms filled out by each class to organize, review and file, and I would need the same level of preparation for students before 7:30 tomorrow morning.  It was going to be a long afternoon.