Podcasting in the classroom 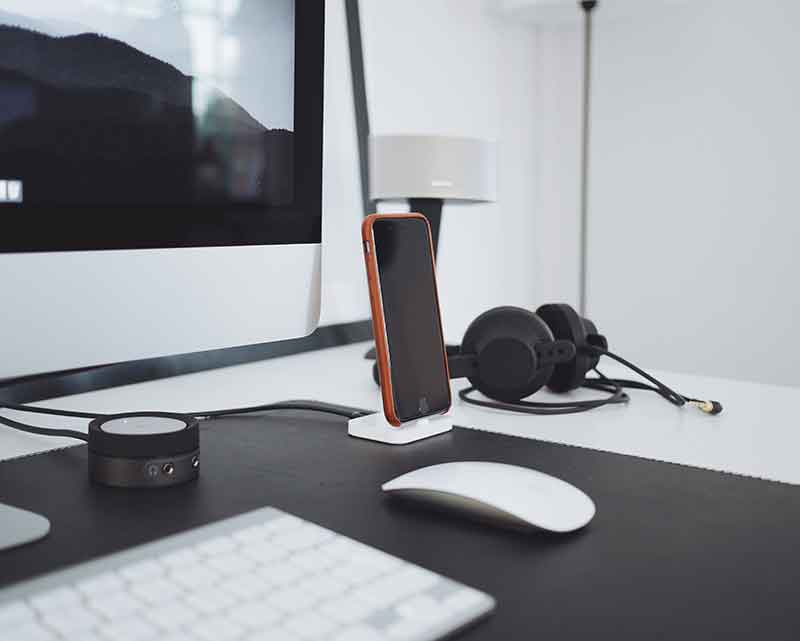 When I was younger, my mother always told me that I had “a face for radio”. Maybe that explains my passion for all things audio, including podcasts.

If you are asking yourself, “What exactly are these podcasts I’ve been hearing about?” then 1) You must live under a rock, and 2) stop right now and give one a try.

Recommendations: This American Life, Serial, 30 for 30, The Daily, Planet Money

A podcast is basically just an audio program, often with seasons and episodes. You can listen directly from the podcast’s website on the computer, but typically, most young whippersnappers these days are downloading the shows on their newfangled smartphones for listening at their convenience. Over the past 5+ years, podcasting has grown immensely. In fact, most phones now have dedicated podcast apps, however, you can also find them through Apple Music, Google Play, Spotify, and other popular music apps.

There are podcasts about everything, literally. True crime, romance, economics, politics, storytelling, knitting… even TV. That’s right, you can listen to a podcast as you make your way through a popular TV show, like The Office or The Wire.

So, why am I telling you all of this? Well, during the summer of 2019, my high school participated in the extended summer learning program and was granted some funds to implement new classes during summer break. Because of my love for the medium, I chose to offer a podcasting class despite the fact that I have never made a podcast in my life. It’d be kind of like deciding to teach a class on acting because you like to watch TV. Luckily, my friends at NPR already had a series of lessons ready to go (click here to see Teaching Podcasting: A Curriculum Guide to Podcasting by NPR). All I had to do was what I do best: steal it and pretend I knew what I was doing. The guide is broken down into seven lessons spread across three units covering the basics: Introduction to Podcasts, Podcast Planning, and Podcast Production. It is filled with great interactive lessons for the students to complete together and even suggested audio clips to illustrate the lesson’s goal, like good examples of interviews or background sounds.

In order to pull this class off, I had an extensive shopping list. I was going to need all of the following supplies:

The second list seemed much more manageable at the time, so I decided to keep it simple. We were able to utilize the computer lab at my school and the kids could use their own headphones and smartphones, which were not totally necessary, just convenient for recording audio “in the field”. There are many “free” programs on the internet that can be used to mix and edit the audio clips into a coherent and interesting podcast, such as Audacity, WaveForm, and Soundtrap, which is what I used. One of the best features of Soundtrap is that it is cloud-based, meaning all the files are stored somewhere on the internet and not on the computer itself. This is necessary if your students will be working on Chromebooks because they don’t allow for storing files on the computer. For those schools that have Apple computers, Garageband is an excellent choice and comes preloaded.

Now, if you want to get real fancy (and spend a lot of money) you can purchase many of the items from the first list, but they aren’t necessary. They will add to the production value of the students’ finished pieces, but the benefits that come from this project are still prevalent without all the gizmos.

After running through all seven lessons from the NPR guide, it was time for the students to start producing their own podcasts. They were allowed to choose their own topics, which is why I am now an expert on Area 51, Professional Youtubers, and K-Pop… lucky me.

Following the guide, the students researched their topics, wrote a script, found additional clips from the internet, and then recorded and mixed the final product. But what became immediately clear was that they were working on more than just “podcasting” skills.

Without knowing it, I had tricked them into applying the skills they had learned in other classes to this project. It’s like when you took that film class in college because you thought, “Cool, I get to watch movies” only to find out that you were going to have to write a TON of papers. Anyway, the students applied their knowledge of such things as the elements of storytelling and writing, researching, and problem-solving.  It also helped to build their self-confidence, technological skills, and it gave a voice to that student who would not dare speak up in class. I thought we were just making podcasts, because, selfishly, I like podcasts. But, it was so much more than that. Let me give you two examples.

The first is the story of the young man who was attempting to record a voiceover clip but kept messing up. He had been at it for at least 15 minutes. When I came over to assist him, our conversation went something like this…

Me: How’s it going over here?

Me: Well, if it’s that difficult for you, and you wrote it, imagine how difficult it will be for others to understand.

The light came on, or the “ah-ha/Oprah” moment arrived, or whatever… He finally got it. All those years of teachers telling him to “read your writing out loud” for clarity finally made sense. He revised his script, simplified his writing, and went back to recording. But, maybe, this time it was different. Since he was recording himself, he could physically hear it. And the final product (the podcast) that everyone in the class would also hear would suffer if he didn’t make the changes.

The second story is about the young lady who NEVER spoke in class. She researched, wrote, and then recorded herself reporting on the K-Pop invasion. And that’s it. That’s the end of the story. A student who would not normally say 10 words together, created a really interesting and engaging piece of media that captured the attention of the entire class for nearly five minutes. She didn’t have to stand in front of them or make eye contact or try to hide her sweaty hands and nervous stammer. She finally had a voice. It may have been the first time her peers had really heard it.

The educational landscape has changed drastically over the past two months, and as of this writing, there’s no telling what it will look like in the fall. The good news is that all of this can be done from a distance with only minor modifications. Even the editing software Soundtrap allows you to see the students’ projects in real-time, so you can assist with problems and keep them on track. It’s also a fun and engaging way to switch up the routine while still working on many of the same skills, even if the students don’t know it. You might even learn a thing or two, especially from that kid in the back with a face for radio.