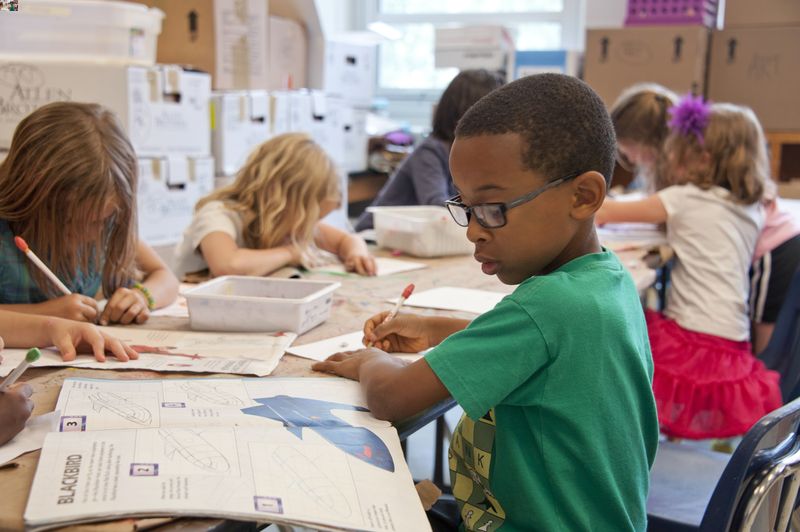 There is something incredibly powerful about the idea of story as a teaching device. It brings an idea to life. It makes an abstraction become concrete and accessible. The idea becomes something real and tangible to a child when they experience it in a story.
By bringing the idea of story into math class, the abstractions associated with math concepts become more concrete, more tangible, more real, more accessible. It is not always possible, but it is incredibly powerful when it happens. It can happen in a myriad of different ways. It can be the set up to a math problem. It can be the launch of a project, It can be an example that clarifies a question. It can be whatever it needs to be in a given moment.

Here are a few of the stories that I have used with my students this year.

The First Penguin Award – This is a taken from one of the chapters in The Last Lecture by Randy Pausch. Dr. Pausch, a professor at Carnegie Mellon University, was diagnosed with terminal cancer when his three children were all very young. In this book, Dr Pausch shares the stories that impart ideas that he would want to share with his children. The First Penguin Award tells of the award that he would give to the group in his virtual reality class each year that had the most colossal failure. He would give them an award because we often learn more from our failures than from our successes. The twist that I tell in my math class is that when we discuss a mistake that someone has made in their work, that person is giving us a gift. That gift is the opportunity to look a little more deeply at the math and their mathematical thinking. As we explore that, we have the opportunity to grow together as mathematicians. In trade for such a rich gift, that person is gifted with a small reward – a piece of candy in exchange for the riches that we received.

Rosie Revere, Engineer – This is a picture book probably targeting students in the early elementary school years, but I read it to my middle school students because it has so many messages that I want them to hear. Rosie is a little girl who likes to make things to solve problems that she perceives. Unfortunately, people laughed at her inventions so she learns to only invent in secret because she does not want to be ridiculed. One day, though, her aunt Rosie (aka Rosie the Riveter) comes for a visit and enlightens her to the fact that failure is only the first step on the road to a successful invention. I love this message. I think it is so important for kids to see that failures and mistakes are part of the process. They are part of the journey, not the destination. I also love that the protagonist is a girl, that she can dream and do and create, that she can move past thinking that she needs to be perfect.

Harry Potter and the Sorcerer’s Stone – As part of a unit on decimal operations and percent applications, I take my students on a brief visit to Diagon Alley. They each receive a letter inviting them to Hogwarts along with a list of school supplies that they must purchase and their budget. The school owls deliver them to their lockers while they are in class, to be discovered when they head back between classes. (The school owls are assisted by some 8th grade former students). When students arrive at Diagon Alley, they must do some monetary conversion (Galleons and Sickles), calculate discounts (books are on sale at Flourish and Blotts) and tax (the Ministry of Magic does not run for free) and then determine if they have enough money left for that highly coveted broomstick or owl.

The Hunger Games – During a probability unit, I have my students do a simulation based on their actual family size. Students determine whether or not their family will need the additional food supplement provided by the government by rolling a die. They then use their age, the number of people in their family, and the outcome of the roll of the die to determine how many times their name will go in the reaping ball. They fill it their names on the required number of slips of paper and we simulate the selection of a male and female tribute from our district. After selecting our tribute, each student uses the data from the simulation to determine his or her probability of being selected.

One Grain of Rice – This children’s picture book tells the story of someone choosing to use a chessboard and rice to determine payment. On the first day, one grain of rice is placed on the first square. On the second day, the amount from the first day is doubled and placed on the second square. On the third day, the amount from the second day is doubled and placed on the third square and so on. This year, I introduced this story and challenged my students to determine how much rice the girl would have on the 64th square and how much she would have altogether. After we debriefed this, I connected the idea of exponential growth to the spread of COVID 19. Then we explored how the number of infected people would change if doubling did not happen on some of the days because someone stayed home and did not get infected.